Last month was the start of innovation day, the whole school participated in a month long project. Each grade got assigned a different project and grade 6 got assigned electricity. Our goal was to make a slide about electricity and circuits, but there was a twist. After the slide presentation was done we had to make a game. Everyone created different creative games using wires, batteries, buzzers, and lights. People made soccer, basketball, pinball, but me and my partner made don’t touch the wire.

When I heard what our class was doing for innovation day I was so excited, I was so excited to learn and make games using electricity. I think most people thought it was going to be easy, at least I thought so, but it wasn’t so easy. There were some road blocks. Circuits, I had no idea what there were or how to make them. But with lots and lots of research I finally figured out how and then I could finally start making my game. I brought it home and worked on it very hard and by the next day it was all set up and ready to play. And that just proves that hard work pays off.

If I Found a Smartphone For Pets

This week in English we had a creative writing task where we had to make a short story. My story was, “If I found a smartphone for pets”. You actually might enjoy reading this short story.

If I Found a Smartphone For Pets (Click here)

The past semester in Jewish Studies our class has been learning about the responsibilities of Bar/Bat Mitzvah.

A tallit is a prayer shawl that people use while praying, you cover your eyes and shoulders with it, it represent the 613 mitzvot, after you have your Bar/Bat Mitzvah you have to fulfill all the Mitzvot using these two items.

Two weeks ago our grade six class started a project in English, it was called Exhilarating Adventure Reading Project. It started off as a book report but soon later it became a really fun project. Each person picked a chapter book of their choice and thought they had to do a book report but actually once we were done reading there was a choice of games and activities we could create based off of our book. There were board games, podcasts, kids books, and many more. I picked a board game, and I think the majority of our class also picked the same. I chose a board game because I thought it would go really well with my book, and it did! My book was called I Wanna Go Home, its about a kid named Rudy that goes to camp for the first time, and he really doesn’t want to be there. Some things that I took from the book and put into my board game is Rudy is amazing at sports so all the sports on my board are extra, the jail is Rudy going to camp, and there are properties like escape because Rudy is always trying to escape the camp. So that’s why the I included things from the book in, it makes the game better. The camp that Rudy goes to is called Algonkian Island. 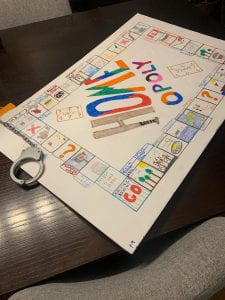 If you land on a question mark on the board you pick up a chance card, they are orange. A chance card has a chance to be unlucky or lucky. Once you have read and done what the card says you put it back to the bottom of the pile. 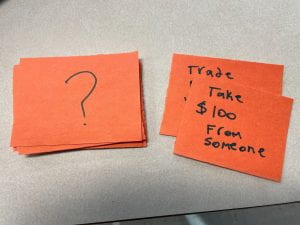 On my Home-Opoly board there are some special spaces. All the special spaces cost more, not unless they are  bad. All the sports cost more than usual because Rudy is really good at sports. On the board there are two red Xs, if you land on an X you have to pay twenty dollars to the bank. Right behind Go there are two special spaces, Winter and Summer, those cost the most money. Also there is an escape space I added that in because Rudy is always trying to escape. All the other properties are not worth so much, but still try and get them.

The object of Home-Opoly is to be the richest player and make the others go broke, when you run out of money you are out of the game(play smart!). Every player starts at go, the first player rolls the dice and moves accordingly to the number that you roll on the dice. If you roll doubles you move your spaces but you get to go again, but if you roll doubles three times in a row you go straight to jail, An order to get out of jail you can roll doubles, if you do not get doubles in three turns you have to pay fifty dollars to get out, or if you don’t want to spend all that time in jail you can just pay one hundred fifty dollars to buy yourself out of jail. If someone lands on your property they have to pay you half the money the property costs. If you want to make a trade with someone you can, but don’t get tricked! The last rule is to get started and have fun.

If I ever did this project again I would try to finish it quicker, and I would use the time that I have more wisely, I would also make the game more my game not someone else’s.

Alright that’s it, have fun!

In class last week we made rockets. Our job was to build our own DIY rocket using a instruction sheet. After we made our rockets we went outside and launched the rockets,

Zoe’s rocket went the furthest and Eliya’s went second furthest. We each launched the rockets twice, the second time I launched mine it ripped open. Next time I would probably add more tape and give it a bit more weight. The rocket took about a week to make, it was really fun watching the rockets being launched, they went so far! . I learned how rockets get launched in the air, and how to make a rocket move smoother in the air.

In class we had to write about how life would be in 2057. In 2057 there will be advanced phones robots, VR robots, and advanced Jordans.

There will be the Iphone 57 which has a built in charger so it never dies and can smell things through the screen so if you search up oranges you can smell the oranges thru the screen.

Robots can help you do tasks like clean the house, drive your car or even help in the SWAT team or help in the police force like in a movie.

In a vr you can code the vr it to a robot and all the movements that you make on the vr the robot mimics.

The jordans can be mud proof and have wheels like roller skates. And they have a built-in bluetooth speaker so you can listen to music while you walk. All of these things I hope people will make one day.

At the start of the year my grade six class had a project, it was one of our first projects that year.

Its called “Mishpacha Project”, We had to interview our parents and talk about our family generations, talk about our name, and where we were from (And our grandparents).

While interviewing and making my project I learnt alot about my family, For example my great grandparents were born in Lithuania and my mom was thinking about naming me Henry.

Throughout the week we learnt about Reconciliation week.

“Reconciliation” means repairing, a thing that happened or like a friendship.

So were saying sorry to the indigenous for what happened with the residential schools.

What happened at the residential schools?

First the kids would get taken away from their parents and put into these schools, They would cut their hair and not make them learn their religion, If they tried to speak their language they would get beaten.

Over five thousand kids were killed at the residential schools. 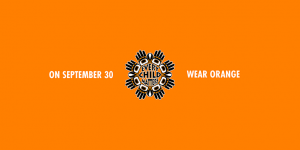 Have you heard the story called Jacobs Principle.

Jacob was an indigenous child that was in the hospital and needed lots of health care,

He died in the hospital while the provincial government and the federal government were arguing over who would pay the healthcare.

So now the government has decided to pay indigenous healthcare first and do the arguing later. We call upon the federal, provincial, territorial, and Aboriginal governments to develop culturally appropriate parenting programs for Aboriginal families. 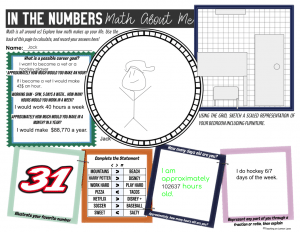 The middle school retreat is for all of middle school, every time at the start of the year the middle school goes on a long field trip. this year we did an Obstacle course, Went rafting and had a half day of games. My favourite part of the retreat was going rafting, It was VERY fun I loved it. There was one rapid called roller coaster, It was INSANE. I didn’t like the half day of games I thought the games were boring I didn’t like it. Going down roller coaster was so fun I was laughing the whole way down. It was scary to jump off the eight foot wall but it was fun. This retreat was based on rebuilding the community. If I was planning the retreat I would have three options and you can pick what you can do. 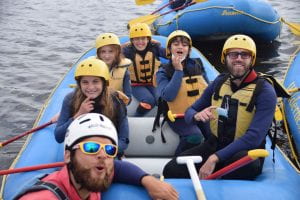 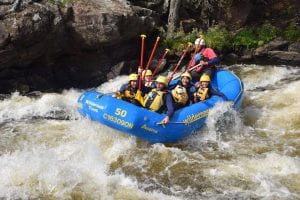 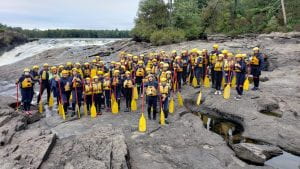